We are Pirates.
Carbon Pirates!

Capturing CO2 wherever we can, we try to cool down the planet.
Join our Crew and start the Battle against Climate Change.

Carbon Pirates is an active community that tries to capture as much as CO2 as possible. The first step is by joining our crew by offsetting your own Carbon Footprint. If you like you can become an active member and take more actions towards Capturing Carbon. You can find us at several events, support our Social Media efforts, or become an active pirate captain!

As soon as you join our ranks we welcome you in the crew! If you wanna take it up a level you can become one of our Captains. Captains have a special role, and are active members of the community that spread the message by giving presentations, organizing events and raising awareness online. Interested in becoming a Captain? Send us a parrot🦜, or an e-mail.

Inspired by Leonardo DiCaprio’s documentary ‘Before the Flood’ with National Geographic, Carbon Pirates was born in November 2016 from a post documentary discussion between two friends. The documentary had horrified us with facts, but we were unsure of what actionable steps we could take next. To begin with we have decided to focus on Carbon emission through travel and our mission has become to raise awareness and to make it as easy as possible for people to act…NOW!

Climate Change came on my radar about 15 years ago. I was quite young and had difficulties seeing the bigger picture. Most of my efforts went into switching every light off I ran in to; mostly annoying the people around me.

It took me a long time to realize that people need to understand the why before they start taking action themselves. Instead of trying to ‘fix’ things on your own, you will have a much bigger impact by spreading your believes and explaining people about the issues that are so pressing. The movie ‘An inconvenient Truth’ gave me my first tool to spread my message. Showing the movie to people I felt that I was able to show them what I had been deeply worried about for a while now, but it was hard for me to see that their behavior barely changed.

A thing we all have learned in the last year is the importance of talking to people and see what is on their mind. Only by understanding them you might get some insight why they are (not) changing their behaviour. Over the many talks and discussion I have had, I noticed most people seem to be aware of the issue, but do not know how to act on it.

With Carbon Pirates we are trying to make this acting as easy as possible, by clear steps and actions you can take. By trying to show that every action you take has an action on the planet; and that in the end, we should all be responsible for our own actions. 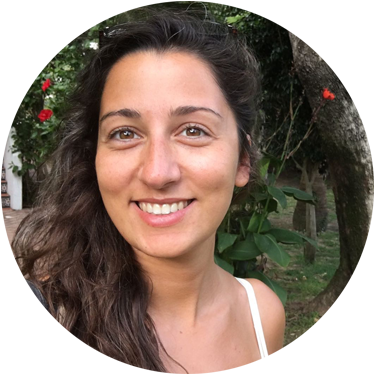 I’ll be totally honest with you – 3 months ago climate change wasn’t even on my radar. (Shocking i know!) I knew what climate change was on a very basic level but i think its fair to say that I had no idea of the magnitude of the situation. Climate change seemed so abstract and far away from my life. I didn’t think it was really something i needed to worry about – like so many people i was instead worrying about things that immediately effect me – work, money, friends, family etc.

So you’ll probably wondering what i’m doing here? Well, 3 months ago i started listening to discussions between Sander and our friend Ross (another climate change enthusiast) and i started to learn and watch documentries on the topic. I was quite horrified by the facts and…of my ignorance. We all live on this planet, therefore this problem effects us all. I know there are plenty of people who (like i was) totally unaware of the urgency and personal ramifications climate change will have if we do not start to act today.

So with my new found knowledge comes a new mission. My aim is to put my skills as a UX/UI designer to work and do what i can to contribute to the solution by raising awareness, breaking down the science into user-friendly language, and making it as easy as possible for people to act.