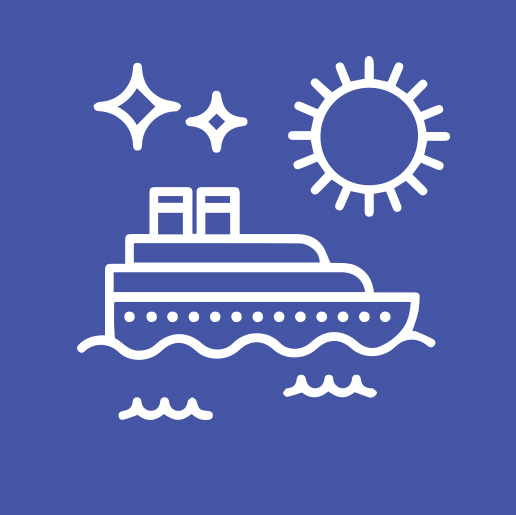 A trip on a transatlantic Cruise causes around 4.1 ton of CO2 per person. You can find more information on the calculation below, including the assumptions we have made. We will end by ways you can minimize your carbon dioxide pollution.

The Pullmantur ZENITH causes around 490.000kg of CO2 per day*. On a typical 14 day trip the total CO2 emissions will sum up to 6.85 million kg of CO2. When you divide this total by the total number of passengers (1670) you end up with 4.1 ton per person. This number is highly dependent on the occupancy rate and the number of days traveled .

*Please note that these numbers are estimates. We do not have the technical specifications of this ship and are therefore unable to calculate exact numbers. Numbers are based on scientific papers investigating comparable ships. Usually more modern cruise ships have more efficient engines; better air filters and better water cleaning systems. 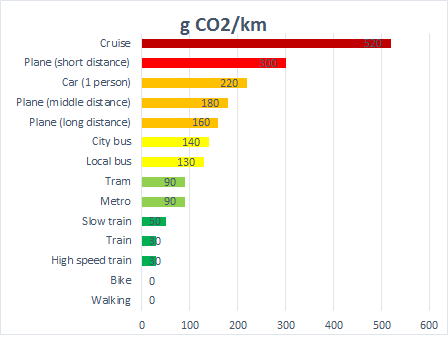 What you can (and should) do

The best you can do is prevent pollution in the first place. Think about  forms of transport and choose wisely. Choose a train for short trips , fly economy over business, take a direct flight instead of many layovers, share a ride with others and most of all think while you travel. It can be quite satisfying to stay in one place for a longer amount of time, instead of hopping around all the time.

We all need to travel sometimes, so if you do you should offset your carbon to compensate for your CO2 pollution.

Of total global air emissions, shipping accounts for 18 to 30 percent of the nitrogen oxide and 9 percent of the sulphur oxides. Sulfur in the air creates acid rain which damages crops and buildings.

Cruise ships might emit more sulphur than several million cars, more NO2 gas than all the traffic passing through a medium-sized town and more particulate emissions than thousands of London buses. According to leading independent German pollution analyst Axel Friedrich, a single large cruise ship will emit over five tonnes of NOX emissions, and 450kg of ultra fine particles a day. They use a lot more power than container ships and even when they burn low sulphur fuel, it’s 100 times worse than road diesel.

On a typical one-week voyage a cruise ship generates more than 50 tonnes of garbage and a million tonnes of grey (waste) water, 800.000 liters of sewage and 135.000 liters of oil-contaminated water. Some of this is pumped into ocean and some treated.