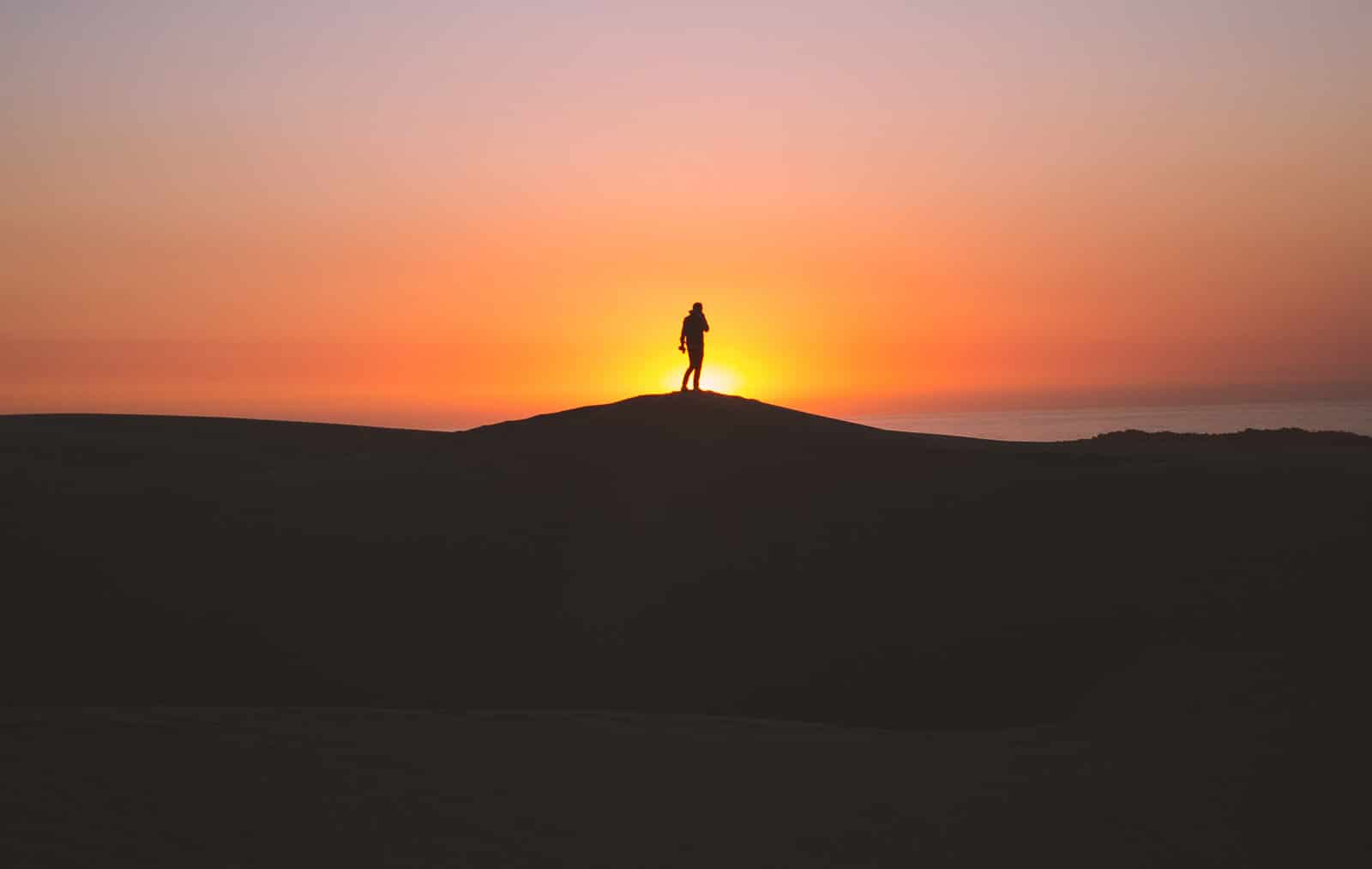 What we can learn from a Water crisis

The effects of Climate Change can be hard to comprehend. Because it might not affect you directly, or because the scale and complexity of it becomes so overwhelming it might cause us to switch off from the imminent threat. We hear and read about stories of disasters related to Climate Change that have hit several places around the world; Superstorms in the USA, Flooding in Asia, extreme temperatures in India, and the list goes on; but none of them seem to be affecting our own lives.

When we take a closer look at these (natural) disasters we can learn a lot from them. Not only from the direct effect they have on the people and the environment, but also about how people react and respond to it. Often we see that the behaviour shown is different from what we would expect based on textbooks or psychology. We might have a romantic view of humanity springing into action once the situation becomes dire, but with Climate Change we have to be realistic and acknowledge the fact that so far mankind has failed to live up to the challenge.

What can we learn from the Cape Town water Crisis? 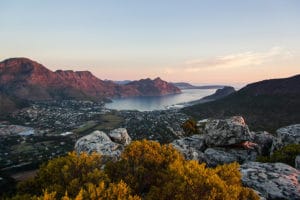 Whether the water crisis has been caused by Climate Change is not the focus of this article. Rather, this article compares the crisis to what we can expect of Climate change and the way people react to it. Both on an individual level and as a society. Even if Climate Change would not be the the main cause of this particular crisis, the resulting effects are similar to parts of the world where we already can blame the changing climate for severe water shortages and other natural disasters.

This article highlights several points that show high comparability of this water crisis compared to Climate Change on a global scale.

Trust in the Government

As we have grown up in a rather “successful” society we are used to being pampered. Most of the things are laid out for us. We get our vaccines when we are young, we get education when we grow up, we get food from the shops and with a turn of the tap we get fresh water. To receive these benefits we all pay taxes. A system where we trust a third party to take care of us, as long as we pay them money for it. As we have had several decades of no severe issues in Europe and the USA, we have grown rather fond to this concept. We will pay, and therefore they will take care of us.

Why do we still trust a party that has shown over and over again it is not under control?

The government itself is now slowly admitting that there is a tendency of ‘bravado’ to show that everything is always under control. It is much easier for a government to say things will be alright, to avoid complicated and inconvenient questions. Saying that we need to raise taxes to solve the water crisis that is still 10 years ahead won’t get you elected. There are many reasons why it is in the governments interest not to tell the (full) truth; and still we trust their word.

Even in this Water Crisis the government has taken the approach to keep things silent, rather then opening up to the public. It would be rather refreshing to hear a government say something like this:
“We are facing a severe issue that needs to be resolved. We cannot do it on our own but if we all come together we can solve this thing. We need all our clever people and scientist to work on this, even when this might cause a slight increase in taxes”.

Where does this leaves us with regards to Climate Change?
Some governments are making small noises; we have serious sounding ‘Climate conventions’ and there seems to be some level of acknowledgement. But even though 99.9% of the studies show that we are facing an imminent threat that could lead to the extinction of humankind, there is not one government that is making this heard. Political discussions rather talk about terrorist attacks, internal scandals or even the haircut of a President.

All governments should be screaming for help.

We take action based on emotion; rather then data and science. We tend to make minor changes that make us feel good, but whether they actually make a difference is often ignored. For example; public spaces close the taps to wash your hands and sanitizer is provided. But the toilets, which use about 25 times more water than washing you hands, are operating as usual. Often even without any sign or request to diminish their usage. This illogical but emotional behaviour can be seen in many fields, whether it’s water, plastic usage, transport or food; people make the changes that are ‘most convenient to them’.

And so we make changes that make us feel good. They make us believe we are dealing with the problem, while we are only scratching the surface. Even in a crisis as severe as the water Crisis in Cape Town, people refuse to look at data and rather do what they feel is right.
Big changes are postponed, neglected or preferably not even discussed. Changes that might require us to ‘take a step back’ and give up the ridiculous comfortable lifestyle many of us live are not made. We are scared for change, scared to give up ‘what we have earned’ and are happy to point at others for both solutions and accusations. The lack of these actions in this ‘micro-crisis’ provide a rather negative foresight for the actions needed in Climate Change.

In face of an immediate water crisis, we are unable to give up our swimming pools.

As we have already surpassed the ‘safety boundary’ of Climate Change and are rapidly moving into the danger zone, actions based on data and science are needed. We cannot stick to making puppy-feeling decisions while omitting the real data. We need to move into an era where decisions are made based on science, whether we like those decisions or not.

In the reality of facing a crisis we act as our instinct brain has taught us. Easy and quick solutions to solve the facing threat. This is a human response, and is what made us survive in the time of facing immediate threats like Lions and other dangers. The general idea is that we have evolved and overcome this lizard brain and are now very rational and well thought creatures. Behavior shows otherwise.

In the water Crisis people rush to the stores to stock up on plastic water bottles. Plastic plates are used to reduce washing. Chemicals are put into grey water to keep it from smelling. ‘No smell spray’ is used in the toilet to keep the yellow from smelling. The environmental disaster as a result of this crisis will not be insignificant, with piles of plastic and chemicals that will not be recycled. This is an immediate response and in the face ‘of survival’; and is the expected and perhaps appropriate response.
But what is striking to this matter is that people have not acted for the last decade; even though it was abundantly clear that the crisis would hit at some point. Once we see the wound, we rush to patch it. But we neglect to address the underlying cause that has been lingering for a long time.

The Water Crisis is rather straight forward. More than 20 years ago there were already scientific models showing that Cape Town would run out of water within the next three decades; unless appropriate actions were taken. This was confirmed several times again in multiple studies, making this crisis far from a surprise. All the scientific data showed the imminent threat, but we have neglected it to the very last day. In the scale of the water Crisis we might still be able to patch it, but the scale of Climate Change will not be so easily patched. For over 50 years we have been neglecting what scientist are screaming at us, and once this wound is so big we cannot it ignore it anymore it might be too late to fix it.

In some cases the negative effect of one individual has to be compensated by many others to balance the system. As we need to limit certain amounts, whether that be water, CO2 or waste; one high polluter can cause thousands of others to suffer the consequences.

And during this water Crisis this is exactly what happened. During the crisis everybody was limited to 50 Liter of water per day. However, there are some individuals that are completely ignoring the issue and are using tremendous amounts of water. One person that uses 500 Liter a day needs 100 people to use 45 Liter a day in order to come to an average of 50L. One person causes hundred people to make even more changes. Even though these high-users have received many appeals, public campaigns and even threats, they have not changed their behaviour. Up till a few months ago there was still about 1% of the people using vast amount of water; for pools, watering the garden, and who knows what. 1% at the top that uses as much as 40% of the total.
The only thing that worked was when government came in and physically limited their water usage to a fixed amount per day.

If we talk about Climate Change it seems almost unimaginable that one person can be so oblivious to their responsibilities that they do not care about the millions of others it might effect. But as with the crisis, it seems that we need to tie their hands before they will change their behaviour. For decades we have been asking, warning and promoting industries to limit their pollution. But all these efforts have had only little effect. How long are we gonna stand at the side line and watch these companies destroy the world we all live in. When is the time to step in and tie their hands?

We would love to hear from you. Share your thoughts and comments below.

Please note that this article is aimed at most of the (rich) Westerners. There are many people in the world that still lack basic essentials like housing, water and food. This article was written on a personal note.

Furthermore the relevant water Crisis has occurred in South Africa, a country with a recent history of Apartheid and political difficulties. This will make things different to a similar case in f.e. Europe, but we can and should still draw lessons from it.